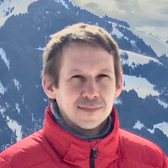 Short update for this week as school was off for the holidays, and like many people here, we went ski